skip to main | skip to sidebar

Blow the dust off memory of words long unused
Be honest, if only in the night of quiet
Where ragged breathing echoes in heated touch.

Feel your way through the dark
Who is the counselor to the therapist?
What dark queen of the dead counsels me?

Gray night haunts the living, echoing in anxiety and bitterness
As I seek to comfort the lost when they cannot buy sustenance
And avoid the landlord; no quarters under the cushion.

The world turned upside down, gone crazy, lurching from chaos to crisis
Yet delicate blossoms of pink mock the eerie cry of children at midday
And the clean sands of deserted beaches.

I reach and amid the rubble of memory
Words pour out, not mine, but good
And once again I feel humbled by the call.

Posted by Grace Dreamweaver at 6:59 PM No comments: Links to this post

These things come in 3's

This morning we lost our oldest cat, age 12, Firedancer. He was born in our home to Marmalade and Bear. A friend sent these wonderful pictures tonight. Note, his ears weren't open yet. And yes, he was the color of a Crayola Crayon.

Posted by Grace Dreamweaver at 12:04 AM No comments: Links to this post

Phaedra took a turn for the worst and died about 8:30 this morning in my arms. There are no words.

And to make it even worse, we have sadly made the decision to send Tully across the Rainbow Bridge tomorrow. She most likely has FIP and has passed from the dry type to the wet. She is beginning to suffer and it is time to let go.

I grieve.
Posted by Grace Dreamweaver at 11:41 PM No comments: Links to this post

And she is eating! 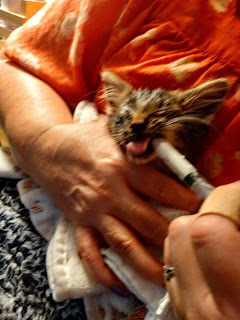 Phaedra is about 8 weeks old. She wasn't interested in food earlier today so the vet gave her a supplement. Her eyes are very irritated, so after washing them, she still can barely see. Neverthless, we just washed her face, I offered her kitten formula. Five syringes later, she is full and has fallen asleep. Looks like she is going to be fine.

On a sadder note, I have a furchild with FIP. I strongly suspect she will be crossing the rainbow bridge soon. Tully is only two, so it is heart breaking. 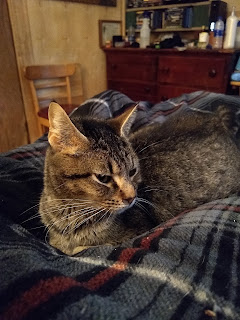 Posted by Grace Dreamweaver at 11:40 PM No comments: Links to this post

I am a humble servant of the Lady Bastet 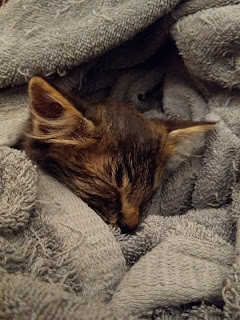 Phaedra is the newest member of the household. She threw our home into quite the tizzy this morning. But let me start at the beginning...

I meant to drop some money off to a friend last night night. I have been making payments on my Honda for years. Things have improved lately, and I wanted to make an extra payment. So I took the payment to my friend's home this morning on the way to work. A FedEx truck was blocking the road a couple of houses before my friend's home. It took a minute for my tired brain to register the site of a tiny kitten in the road. I watched as the driver got out and moved her to the side of the road. We have over 20 rescues and don't need another. Sigh. I resolved to check on her in five minutes when I left  the neighborhood.

I dropped off the envelope and turned the car around. The result is obvious. Two neighbors from two different houses had appeared and were staring at the alien ball of fur. I debated. They were not approaching it....let alone picking it up.

I responded with take it to a vet. Blank stares. I tried again. "Tractor supply has cheap antibiotics. The eyes need Neosporin." They stare at me like I have three heads. Deep sigh. "I'll take her". My partner's gonna kill me. We agreed. No more cats.

I scooped her up. She was fine till we got to the car. Then I got the first bite. I didn't let go. I got her in a box with two more bites. I folded the lid. Took her home. Woke Cameron. "I've been very naughty....her name is Phaedra."
Posted by Grace Dreamweaver at 6:58 PM 1 comment: Links to this post

Blowing off the dust

It's been the better part of three years....a long three years of Trumpian dystopia. Never thought sci-fi would become real  life. After the election, I wrote daily then just a few times a week, then none. It was too debilitating to keep up the writing. News happened too fast and became too outrageous. I began watching MSNBC every night, aghast at what has befallen my country.

The first three months after the election I found myself randomly crying. I drank almost daily. Then my doctor had a talk with me about blood sugar and cholesterol and I stopped. Sober was harder, but so be it.

So for three years I have read. Watched. Worked in my therapy room to help clients who likewise struggled with the crazy around us. We still shake our heads, wonder if one day those of us that are gay, trans, Hispanic might find ourselves rounded up.

Tonight I deleted 60 blog posts written after the election. I felt so bitter, so  shocked, so angry that those posts were the way I found to survive the crazy. Today I feel less desperate, but just as certain of disaster. All of the damage done cannot be healed  in my lifetime. Nevertheless, I have put one foot in front of the other and will continue to do.

So I am going back to writing, now and again, about all things in my heart. I am not going to research and write the kind of posts I did before the election, but I  will  return to thoughts, struggles, and insights. I miss writing. Indeed, I resent the political climate that so overwhelmed me that it silenced my voice.

Posted by Grace Dreamweaver at 10:53 PM No comments: Links to this post

I continue working through 'What's the Matter with Kansas" and have arrived a the midpoint of the book, which points out that, unlike the confederate flag waving south, "the backlash in full cry without the familiar formula of racial conflict to serve s an interpretative guide". Indeed, the author argues that in Kansas "right-wing partisanship is an equal-opportunity affair, with a ready-made complaint for every demographic and a grievance for every occasion." This has a new relevance, folks, as Sam Brownback is under consideration for Trump's cabinet. He is named in the book.

In Kansas, the conservatives have appropriated language of prejudice and applied to their moderate foes, accusing them of bigotry and disliking evangelicals in the same "way that actual bigots dislike minorities". Some conservatives like Sam Brownback go much further. He's befriended the African-American caucus by constructing a museum and the Latino's with an open boarder policy. But when he sought election  in 1996 against Democrat Jill Docking of Wichita, he didn't hesitate to flood the state with TV commercials reminding voters of her maiden name Sadowsky. And then there were the mysterious phone calls the week before the election reminding voters that "Docking is a Jew."

Remember that the stereotype of a Jew is "affluent, alien, cosmopolitan, liberal, and above all, intellectual." In other words, we have become a country defied by elite's vs the plain people. And the elites, according to Rush Limbauh, include "the medical elites, the sociology elites, the education elites, the legal elties, the science elites...and the ideas thus bunch promotes through the media." This election wasn't won on policy, it was won on class warfare when a billionaire harnessed this elites
resentment.

FDR turned college professors loose on the economic structure of the nation. It was these intellectuals who designed the New Deal plan, giving the country social security. So when the Republicans "privatize" Medicare and gut social security, realize the resentment of that care for the country, which is known to be highly successful, will be torn down because of grassroots anger born on the wind of resentment of "the elites."

A second anti-intellectual efflorescence came from the 50s, according to the book, in the form of Joe McCarthy when they unearthed a leftist conspiracy born in the highest-ranking families who were educated in the finest institutions. It was believed that the intellectuals betrayed capitalism; with repetition, it became common sense.

Presently, anti-intellectualism is associated with "any deviation from a system of values that they alternately identify with God and the earth-people of Red America." By rallying against intellectuals, the author observes, they reject critical thinking and church hierarchy. It embraces charismatic preachers over any form of learned organization. Now if you are Republican doctor, professor or therapist, you align with the lower class by railing and grumbling about interfering professionals: "In every social issue Republicans perceive the same pattern: a conflict of authentic and natural and the democratic with arrogan and the meddling and the foolish." In every effort at reform, conservatives scream "interference!" And this is the overarching concern that Roe v Wade propagated. It was a top down change, and now gay marriage, that changed laws in most states in the union. It was imposed by the over-educated elites. In conservative's minds, the elites define life and marriage, disdaining conservative opinion. rs54=
Posted by Grace Dreamweaver at 12:48 PM No comments: Links to this post

For my grandchildren Beauty, Wisdom, and the youngest two 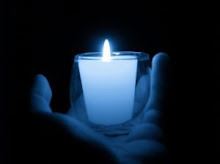 May this candle burn for you four, until prejudice yields and the pain of family history ceases to separate us.

Lesbians are those women who fall in love with tomboys.
Marivic Desquitado 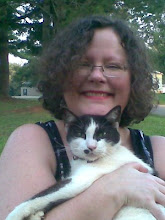 The Spiral by Cameron 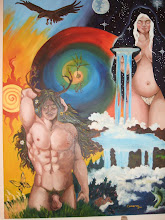 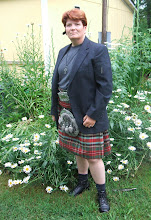 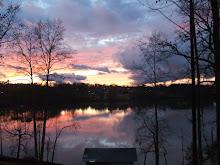